Iceland is absolutely AWESOME!  It has managed to knock Africa out of first spot as my favourite travel destination, everyone I've told this too is in shock as they know how much I loved travelling to Africa.  How can you go wrong on travelling to a country like Iceland where there are photographic opportunities around every corner and only takes 7 hours to get to from home as opposed to 30 hours to get to Africa!

We spent two nights prior to heading out on the road in Reykjavik.  The population of Iceland is around 300,000 and more than 200,000 people live in and around Reykjavik.  I wandered around on my own a bit and quickly noticed how clean it was and how safe I felt.  There are many beautiful places to photograph in the city... we took a city tour one afternoon and went to all the main tourist places.  The architecture is very unique, Hallgrimskirkja is the largest Lutheran Church in the country and its columns are intended to look the many natural Basalt Columns that appear in the Icelandic landscapes.  The sculpture in front of the Church is of Leifur Eiriksson who discovered America around 1000AD, 500 years before Columbus. The Perlan (Pearl) sits on a hill high above the city and houses a winter garden and exhibition space for concerts and art shows.  Originally the structure was built to store hot thermal spring water which is used to heat homes and businesses.  Apparently on really cold days when they need extra hot water it is funneled down from the tanks on the outside of the Pearl.  The tanks used to be an eyesore on the hill over Reykjavik and it was decided to spruce them up and build the beautiful building that sits there now.  As you are driving around the city you see many sculptures in parks, outside public buildings and around some private homes.

My favourite sculpture is the Sun Voyager, which was unveiled during the 200th anniversary of the founding of the city.  The artist said that the sculpture represents the promise of new and undiscovered territory.  I just think it looks like a Viking Ship heading out on the icy cold waters. 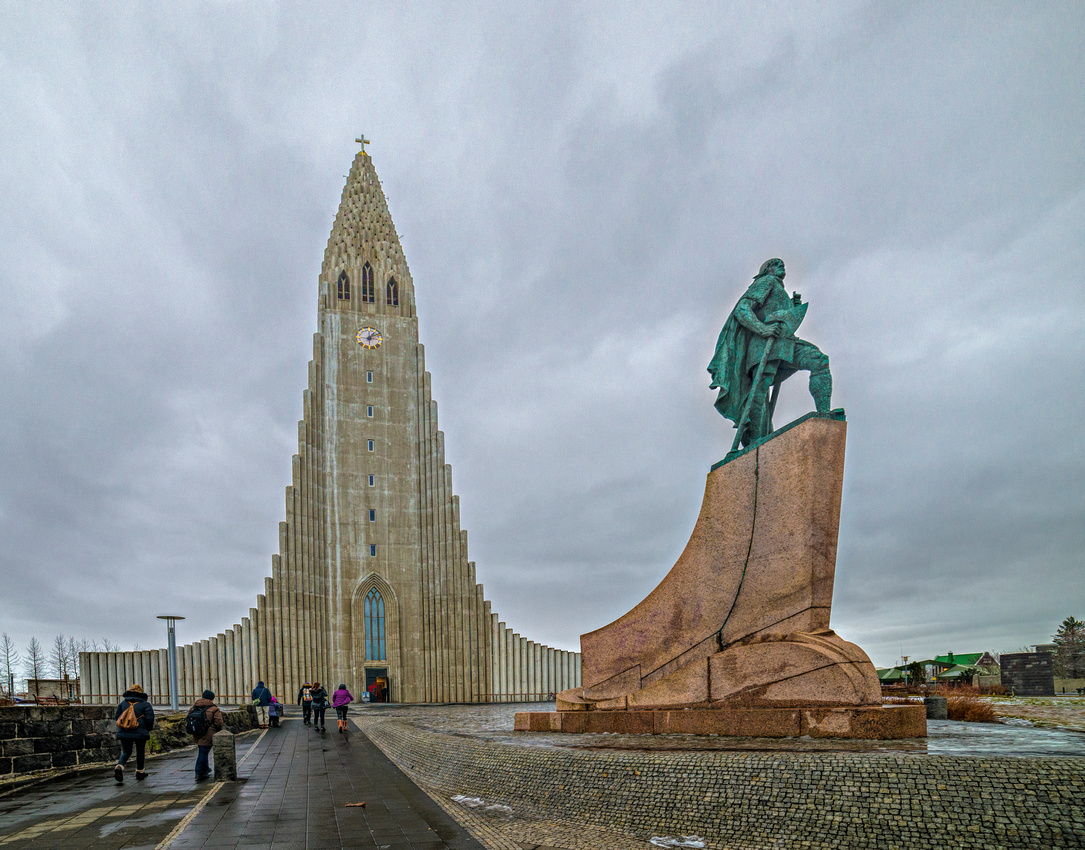 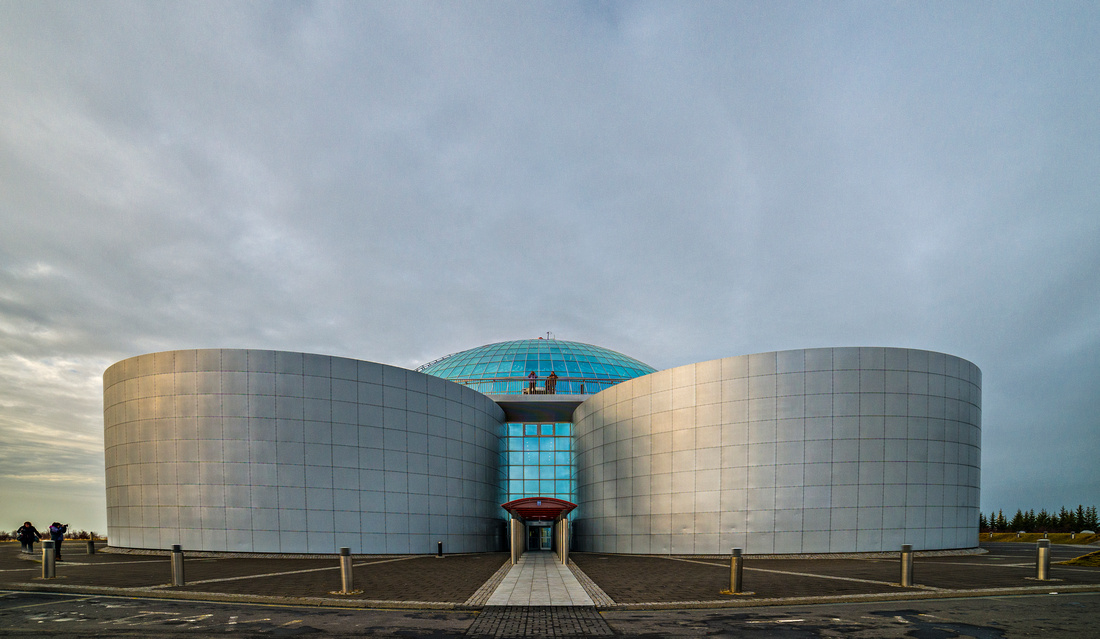 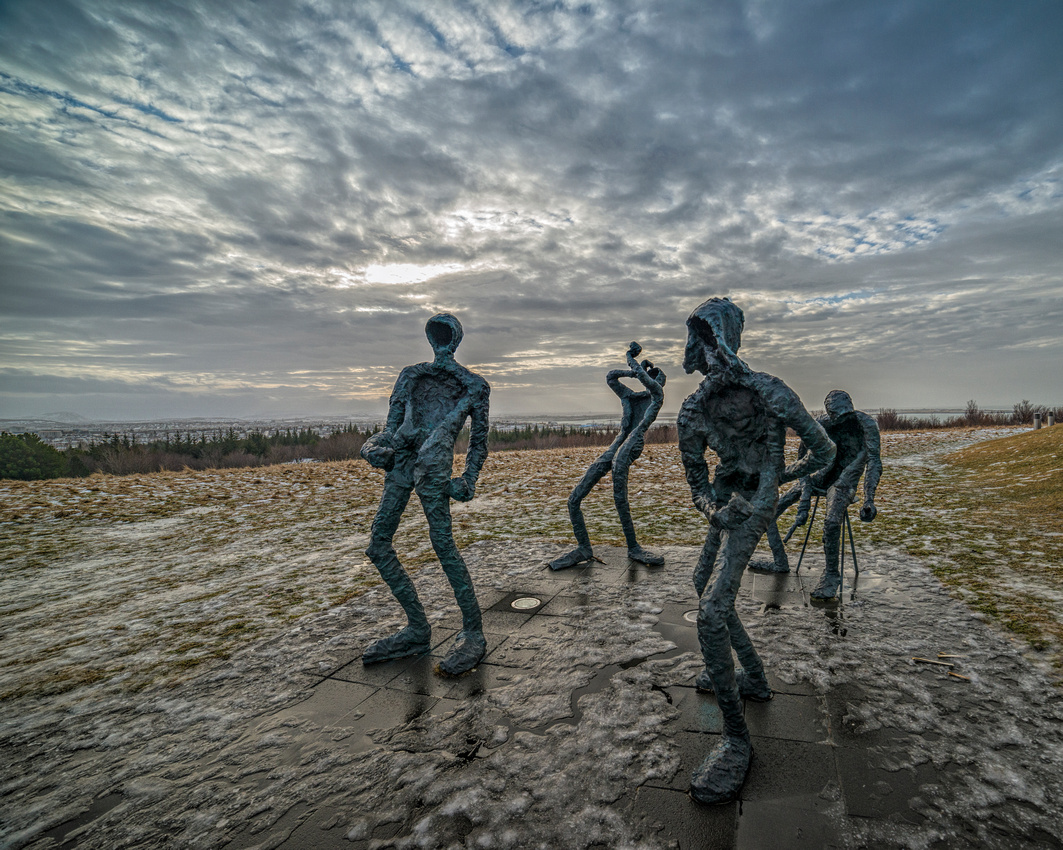 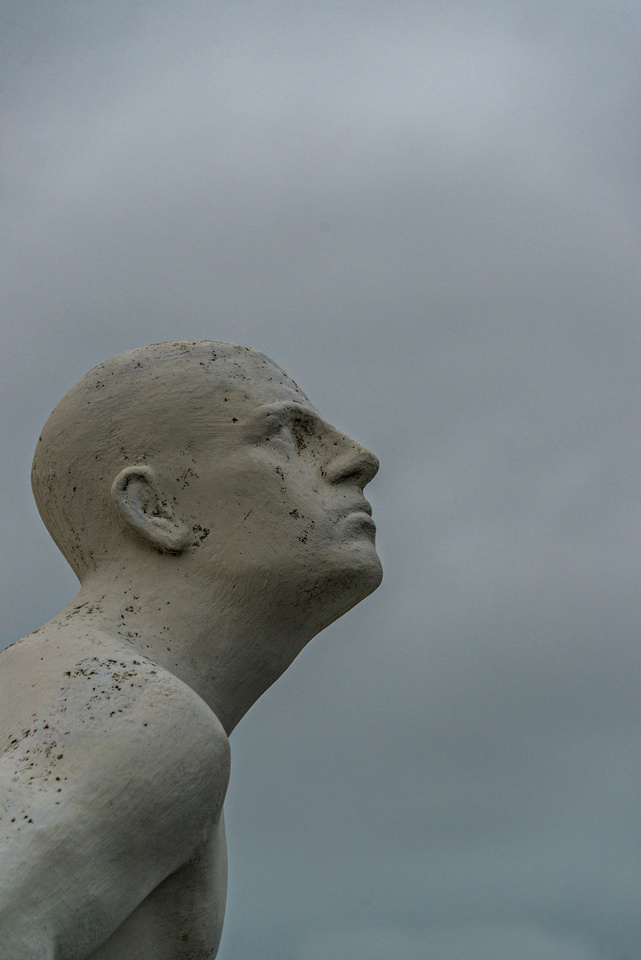 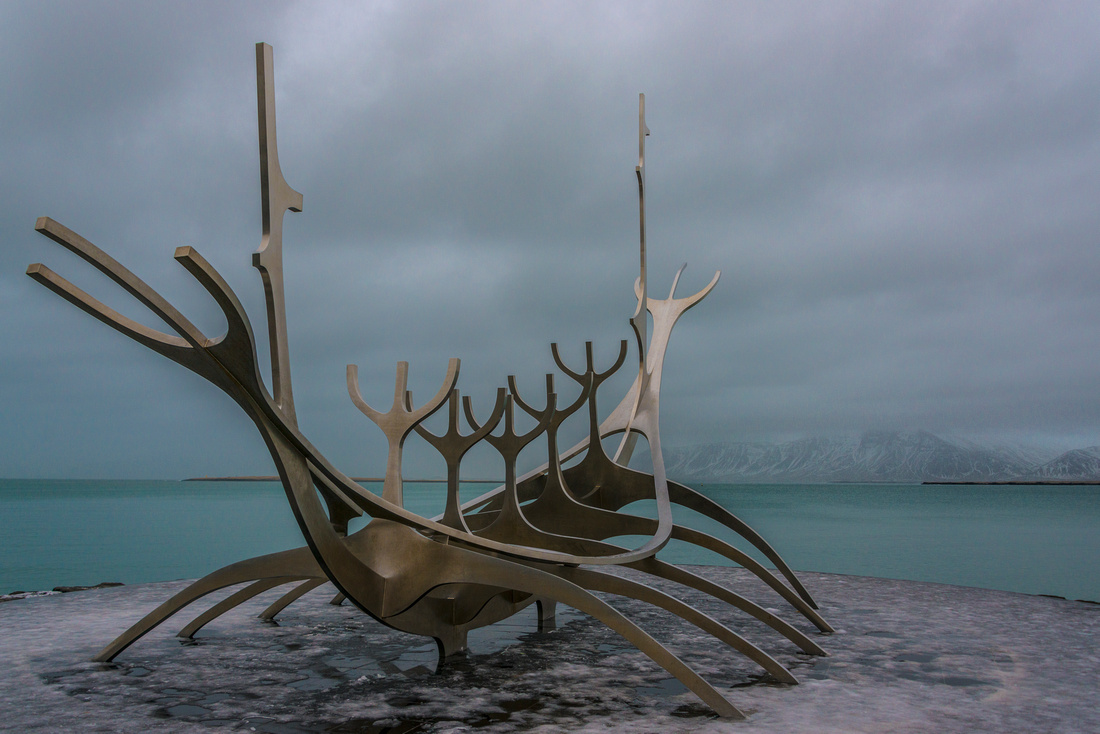 Our first excursion with our guide was to a farm outside the city with lots of abandoned buildings on it.  There are run down cabins, a few barns and houses, some of which may still be occupied.  My favourite structure was 'the Elf House'... a small three foot tall house built into a rock wall.  It probably started life as a dog house but I'm convinced that Elves now live there to get out of the wind. 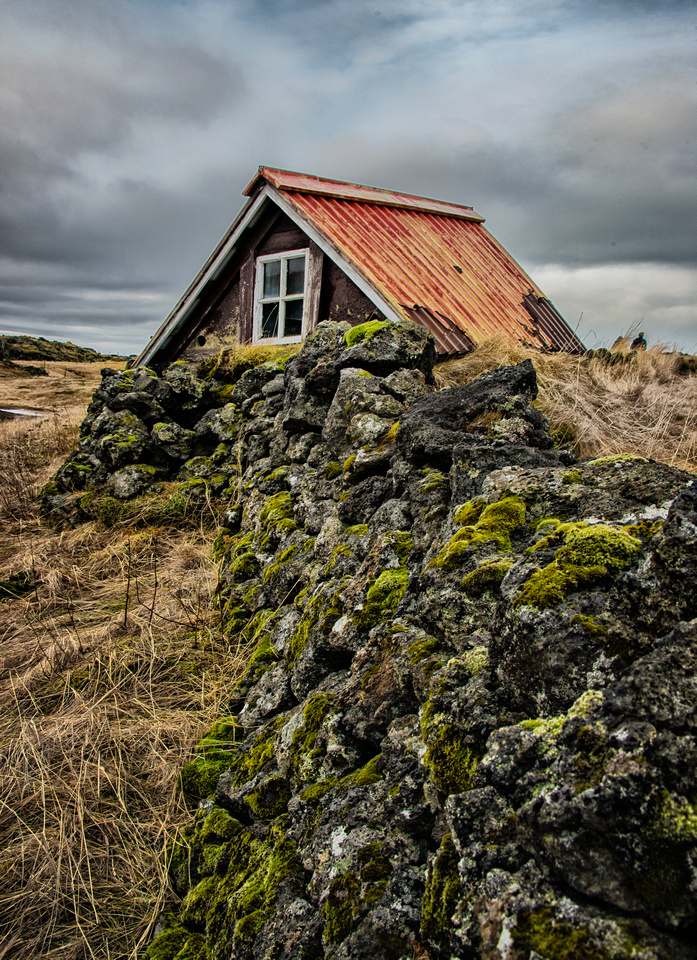 After two days in the city we met our guide and flew north to Akureyri to begin our trip around Iceland.  Our flight north was delayed by high winds, something that we would experience again and again over the next days.  I don’t think that the weather in Iceland is ever ‘good’, it is neither hot nor cold and the weather can change 10 times in one day.  In February it rarely gets colder than -5C and in summer the temperature hovers around 15C.

For the first four days we drove west back towards Reykjavik and photographed many beautiful places, we passed through mountain ranges, stopped to photograph and pet Icelandic Horses, saw many waterfalls adorned with huge icicles.  We took at Super Jeep trip up to the highlands, got stuck twice and had to be rescued by the other Jeep in our group and faced the strongest wind I have ever experienced.  We explored the Snaefellsness Peninsula before getting back to the capital city. 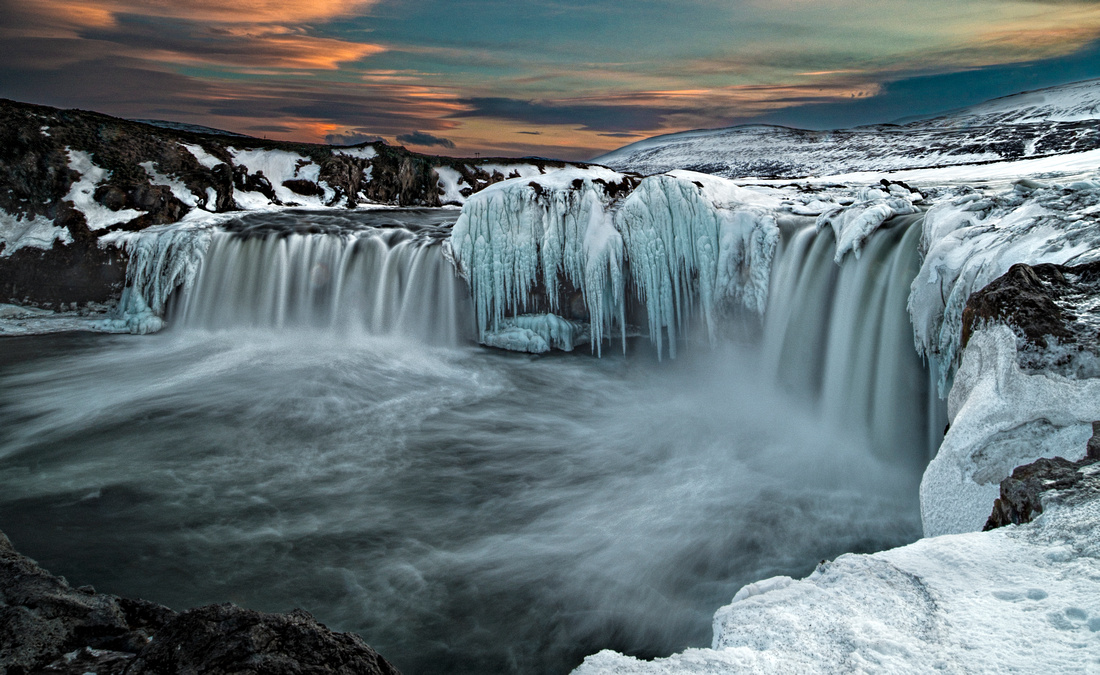 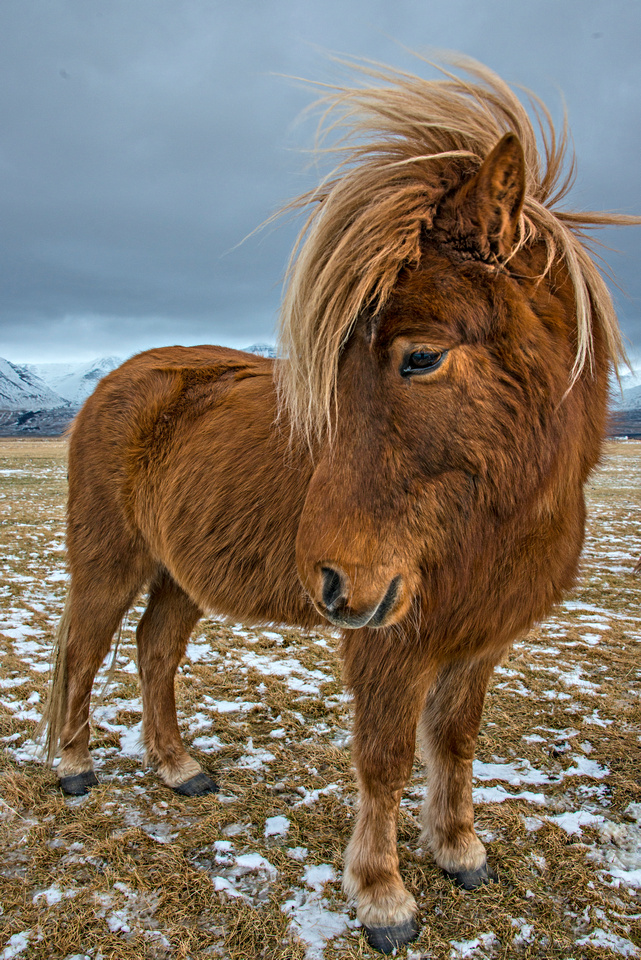 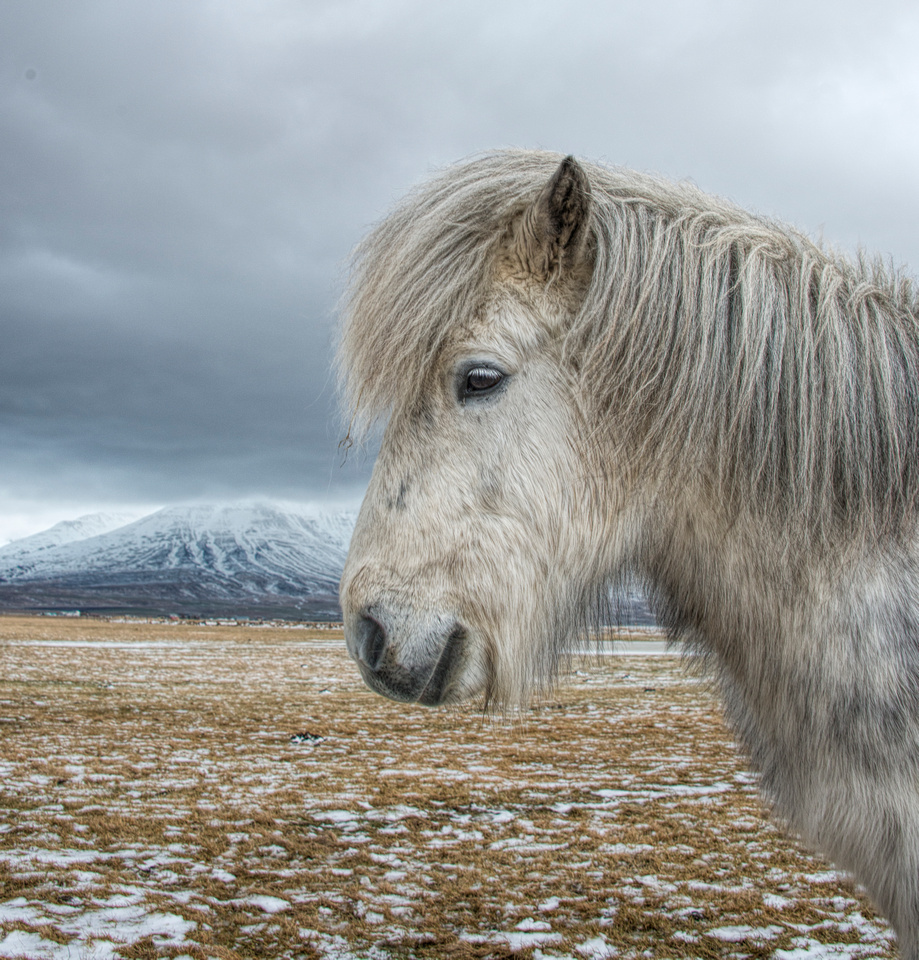 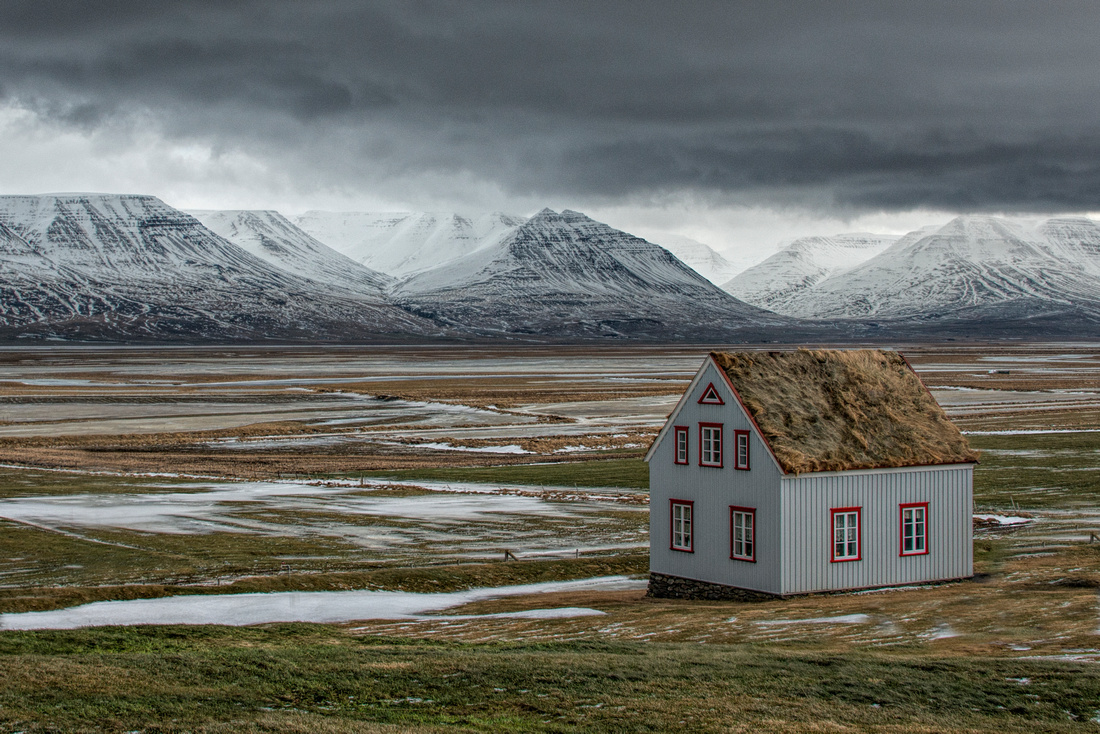 After one night in Reykjavik we started our exploration of the Southern Coast.  First seeing all the tourist sights of the Golden Circle. Then beyond to the Skaftafell Glacier region with more waterfalls, farms, old abandoned villages, the lagoon and Iceberg beach at Jokulsarlon, an ice cave and finally the eastern fjords around Hofn and Vestrahorn and then heading back to the west. 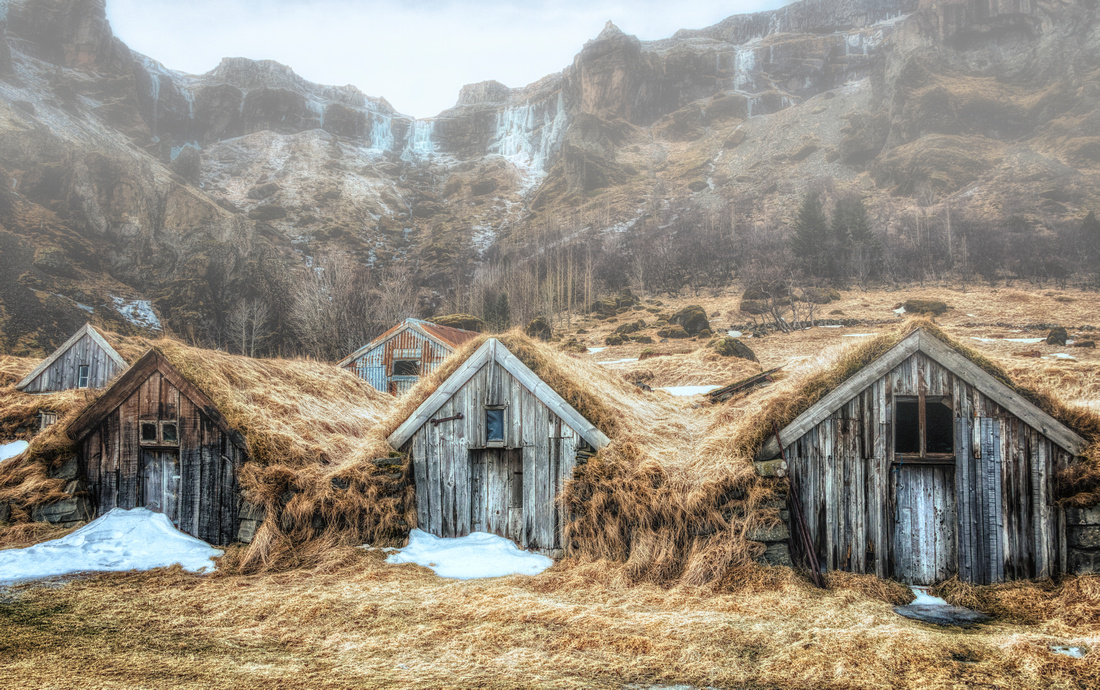 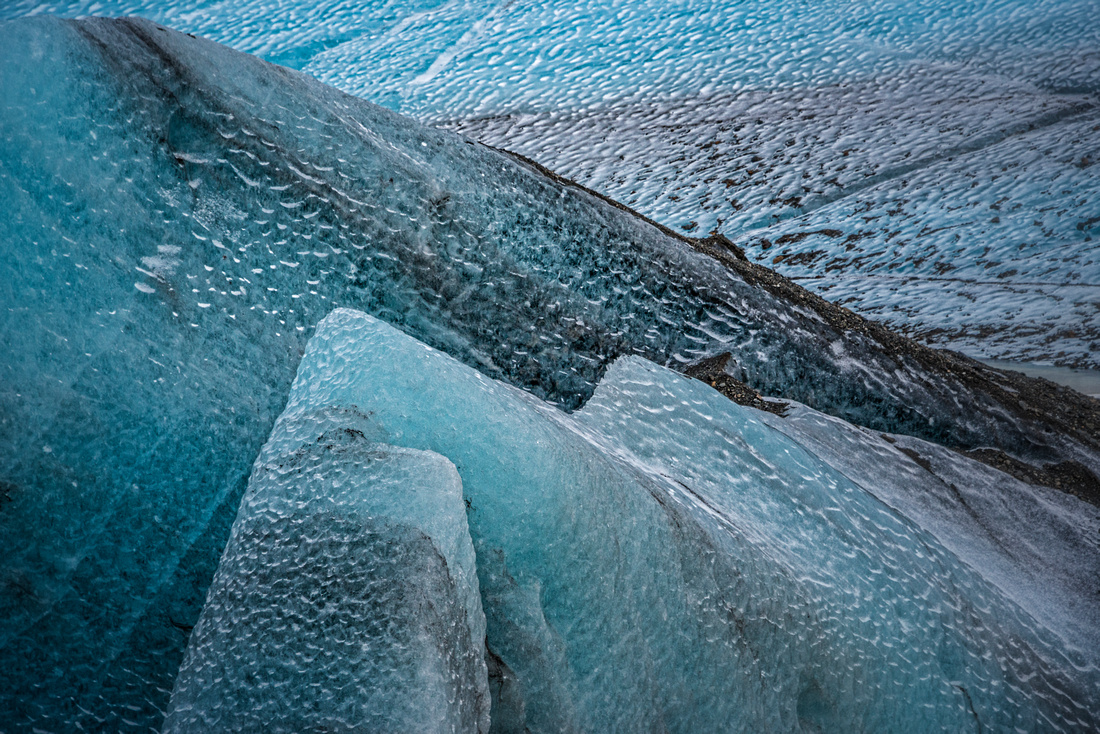 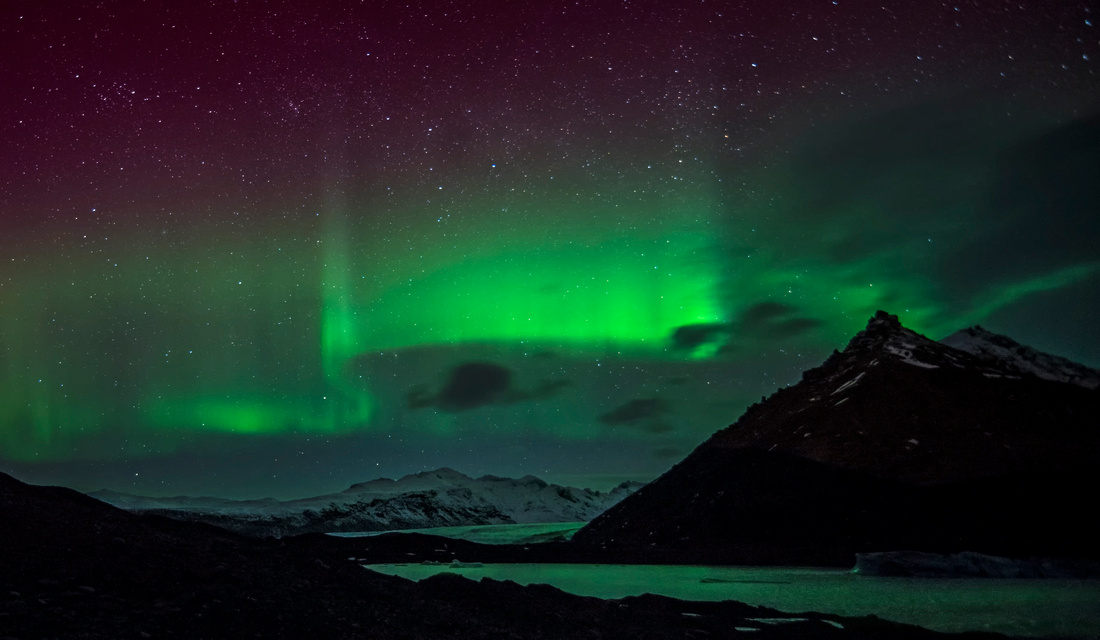 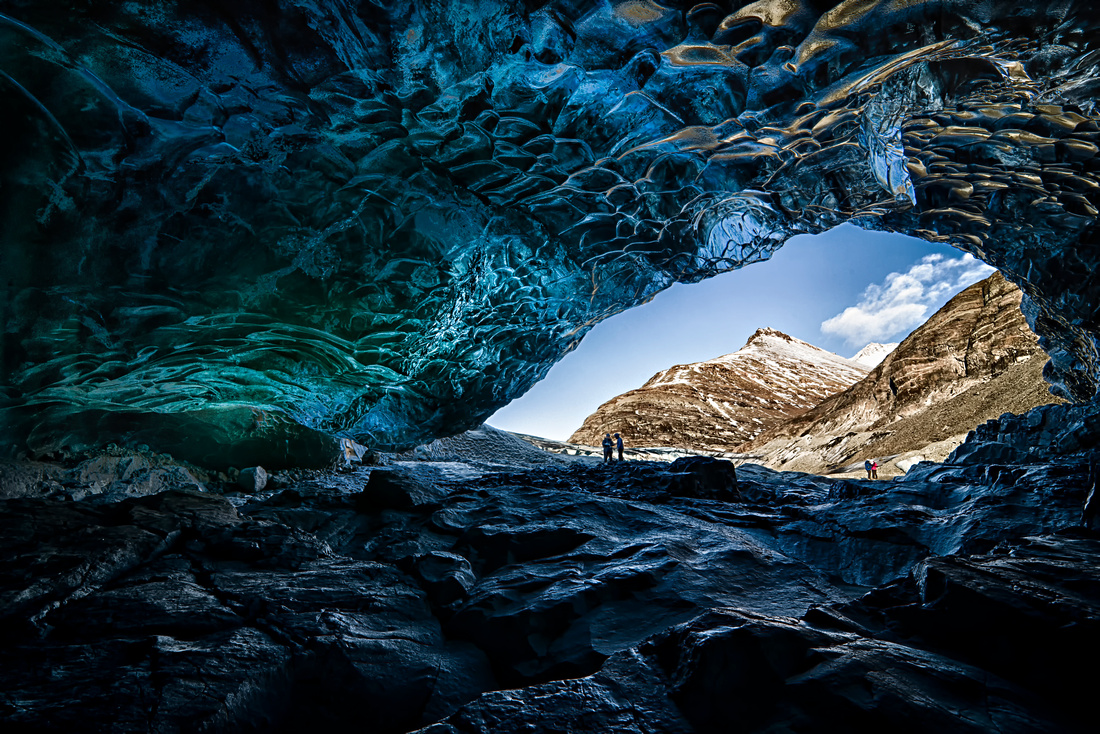 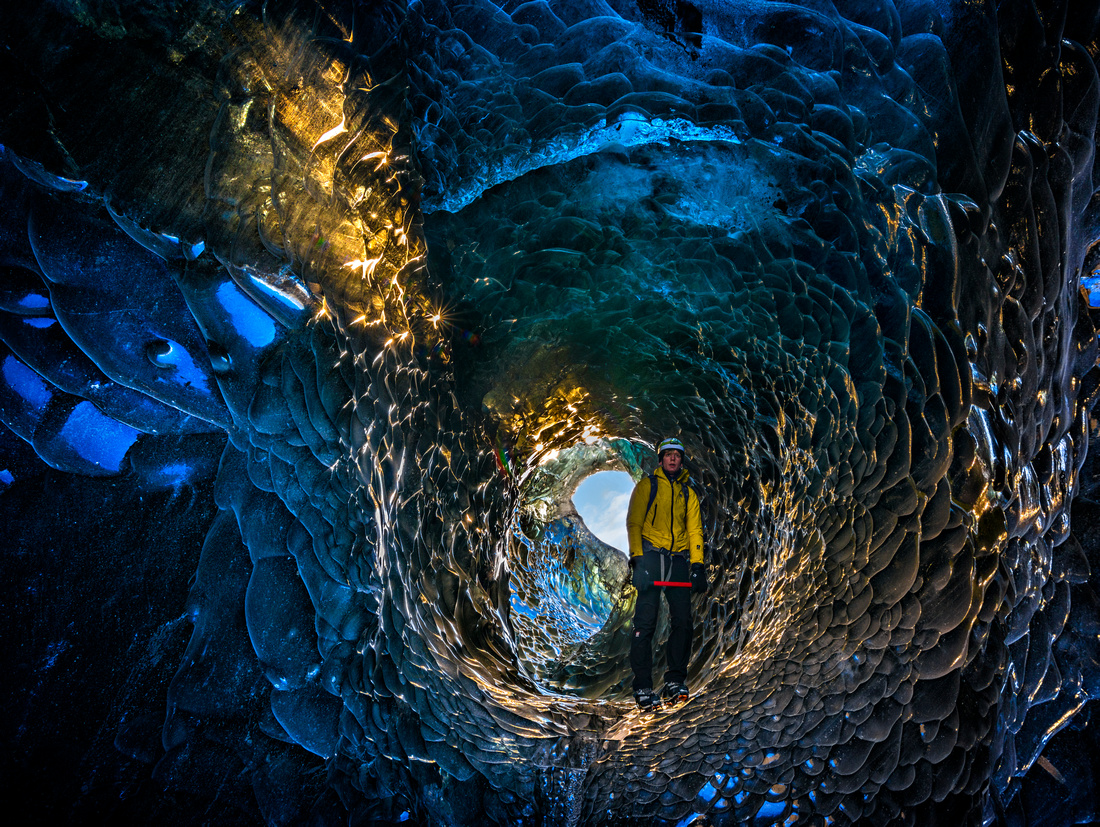 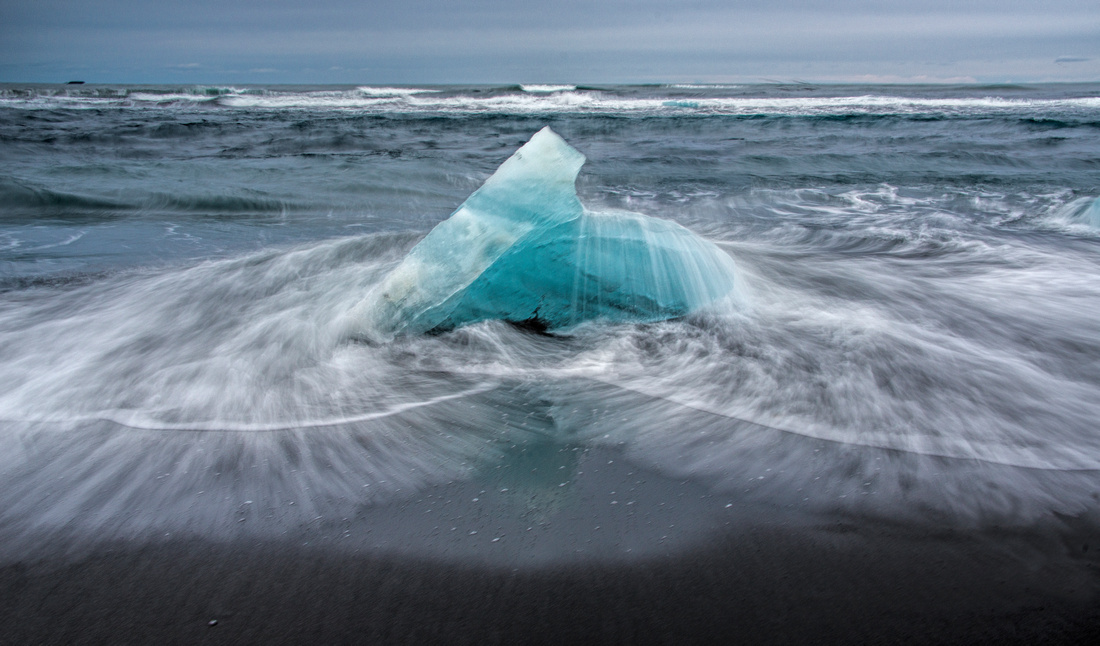 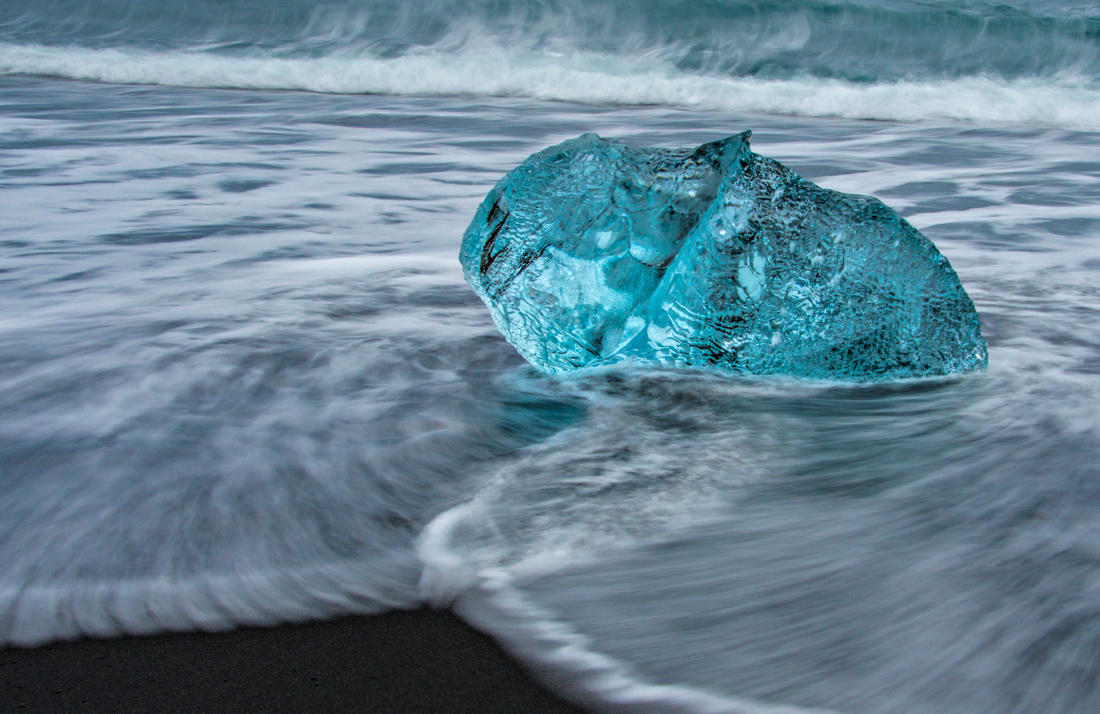 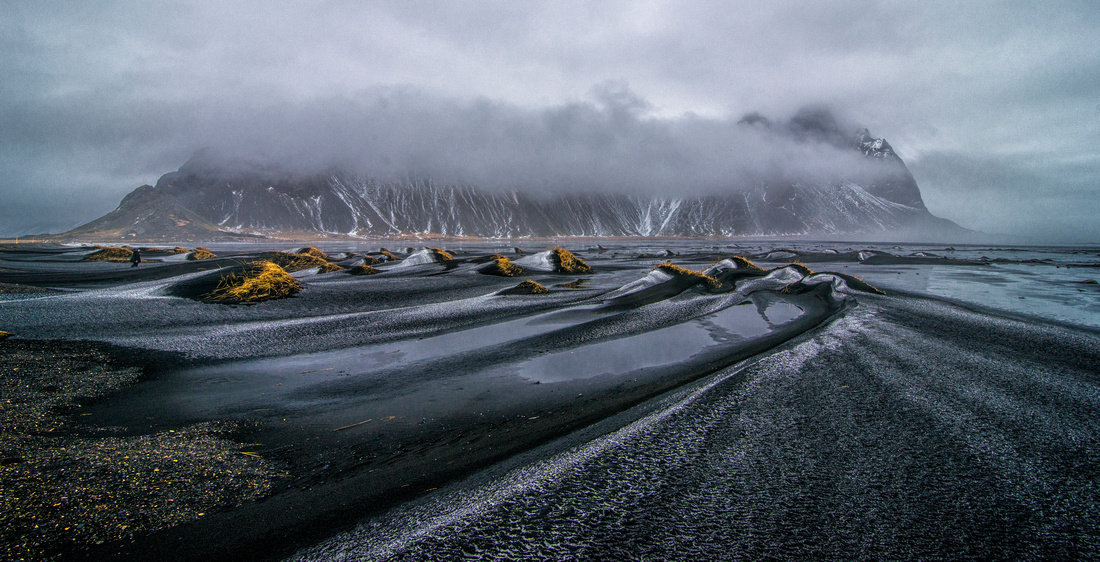 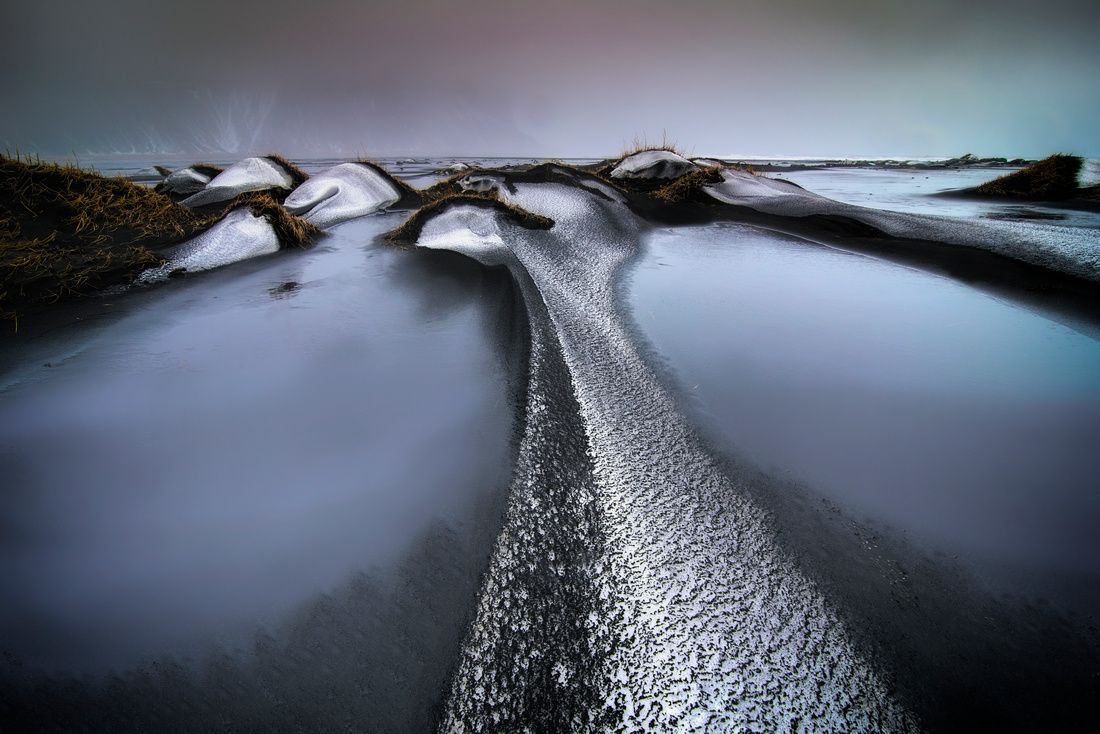 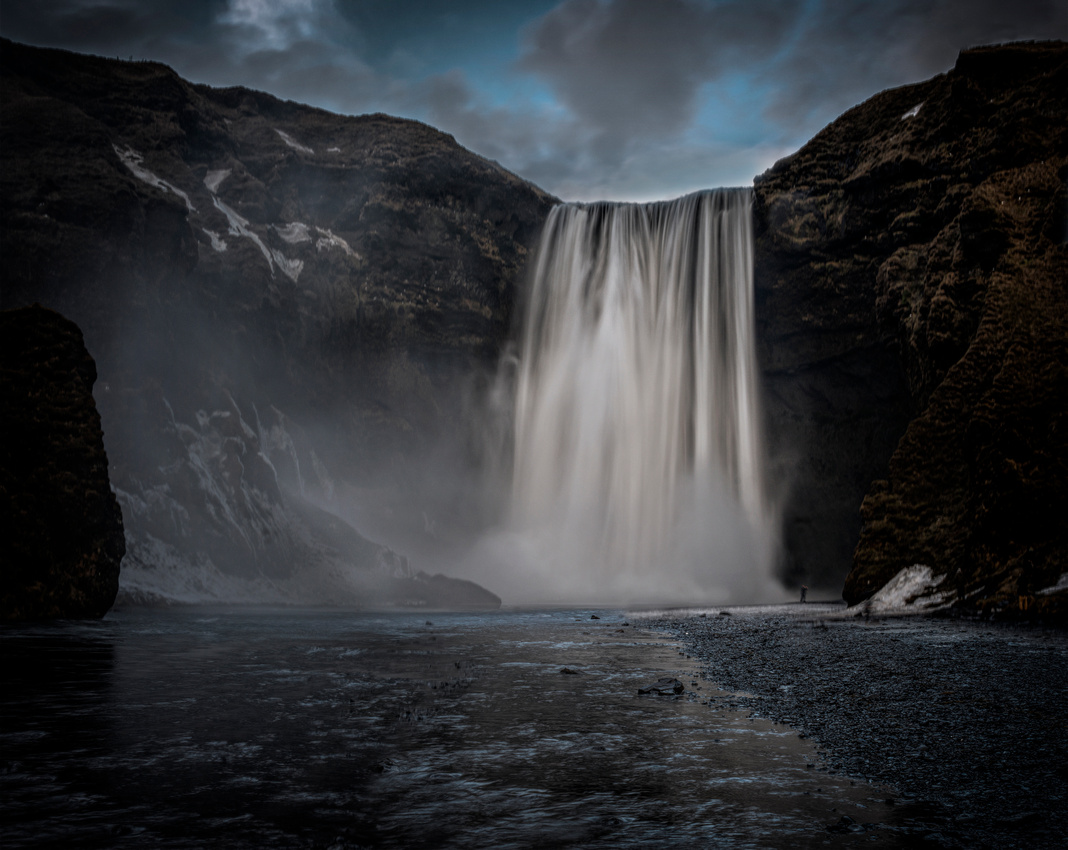 I came back from Iceland with hundreds of great photos and the desire to go back in another season… maybe June to see the wildflowers?

Michelle R Simeunovich(non-registered)
Your photographs take my breath away. Absolutely beautiful.
John and Pam(non-registered)
Wonderful pictures, we want to go more than ever now.
Raymond Standish(non-registered)
Anita Erdmann,you have captured a scenic beauty in Iceland I never saw in my many months Royal Navy duty in their Capital Port.To have had such a fantastic and Picturesque Country so near and yet so far,once a problem, is now finally resolved thanks Anita to your fantastic shots.
No comments posted.
Loading...
Subscribe
RSS
Recent Posts
How did the Fuji do? Switching to Fuji How to shoot the Milky Way Iceland is AWESOME! Iceland here we come! Looking back on 2014... Back from Botswana, Namibia and Zimbabwe..... Only 19 more days until I leave for Botswana Botswana - Take Two The Palouse at Night
Keywords
anita erdmann photography 2014 Botswana Night africa Kalahari Palouse safari farm
Archive
January February March April May June July August September October November December
© Anita Erdmann Photography
Powered by ZENFOLIO User Agreement
Cancel
Continue