We've arrived at our first camp after about 40 hours of travelling.  Calgary to London (11 hour layover), London to Johannesburg (5 hour layover), Johannesburg to Maun where we were met by an &Beyond staff member... then Maun to Nxabega in a tiny four seater plane (glorified tin can with a lawn-mower engine!). 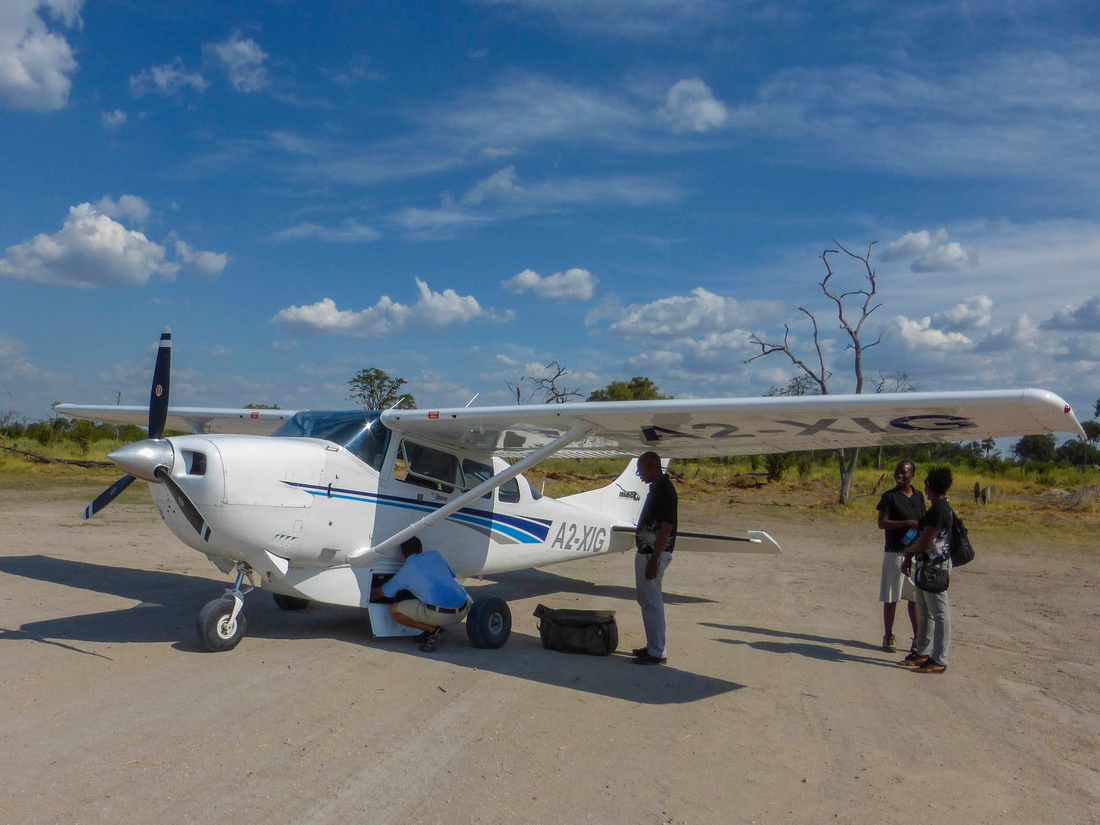 We were taken to our tent and given 45 minutes to freshen up before our first game drive.  We saw a lot of the normal animals you'd expect to see in Africa.... none of the carnivores, but we still had 13 days to go.

Our driver, Bee, stopped near a HUGE termite mound and set up a table with a table cloth upon which he placed an almost full bar and lots of treats.  We had a cold drink and watched our first African Sunset on this trip.  The colours at sunset in Africa are like none other I've ever seen.  Once the sun disappeared we got back into the Landrover and made our way back to camp by spotlight.

In the distance we could see the glow of a blazing bonfire.  The entire area was surrounded by lanterns on poles.  As we came closer we saw that there were many tables set up, all with fine linens and china.  There was a bush kitchen with a BBQ and buffet table.... we were greeted by people handing out warm washcloths and cold drinks.

We made our way to the tables... and looked up.  This wasn't a 5 star bush meal............ it was a million star bush meal!  I've never seen so many stars twinkling above our heads... the Milky Way was brighter and looked like a giant cloud in the dark sky.

What a way to start our Safari experience.... a fabulous meal out in the middle of the African bush under a canopy of stars.  After dinner we were taken back to camp for some much needed sleep.

We were awoken at 5:15 by the sounds of lions that seemed to be right behind our tents.  Our wake-up 'knock knock' came at 5:30 at which time we showered and got ready for the day.  At breakfast we met our driver Bee and told him that we'd heard lions in camp.  He chuckled and said that it was only the baboons.  Sorry... but those were no baboons!