Day Three and Four were spent at an &Beyond Explorer camp.  Kay thinks that we're really roughing it... but it pretty much has all the amenities of the other camps.  Each tent actually has two tents with a tented courtyard between them.  The main tent is the sleeping area, it has two beds with Egyptian Cotton sheets and comfy duvets.  Next you go into the 'courtyard' area which has an open air bucket shower and wash stand with basin.  Attached to that is a tent with a flush toilet.  We thought that we would run out of water during the showers, but the bucket has enough in it for both of us and enough left over for even another shower or two.  Roughing it?  Probably not!

We enjoyed game drives and a boat trip through the tall reeds of the Okavango Delta.  The highlight of the boat trip was probably the Malachite Kingfisher who sat on a reed and let us photograph him.  He was just a tiny little bird, very colourful and cute! 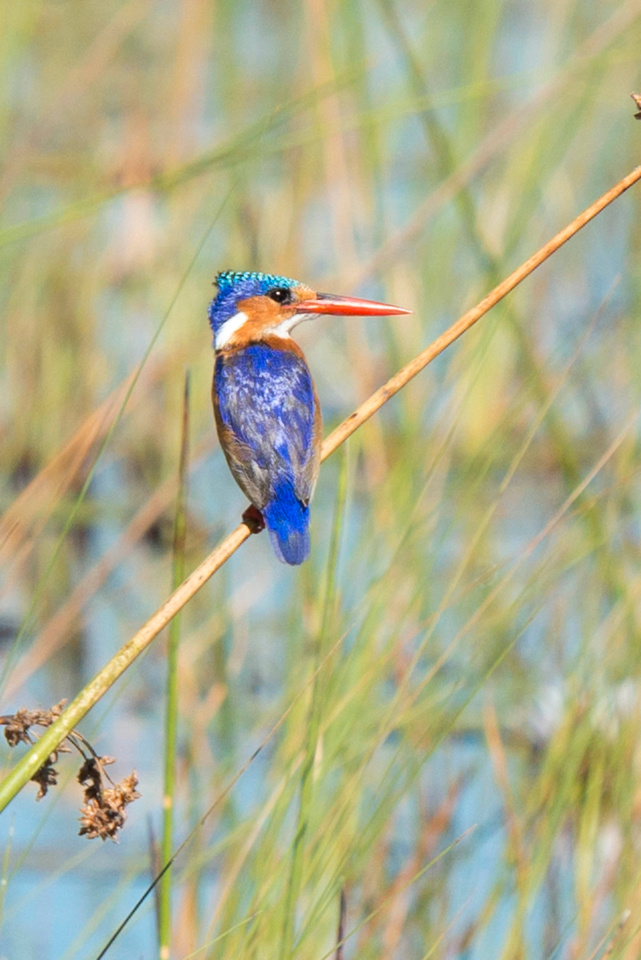