Northern Lights and how to Shoot them!

Northern Lights are the result of the collision of electrically charged particles from the sun as they strike molecules in the Earth's atmosphere.  When all of these particles collide, they light up.  The different colours of light are result of the different gases in the atmosphere.  When oxygen is excited it gives off the green light and nitrogen will give off the reds, purples and blues. 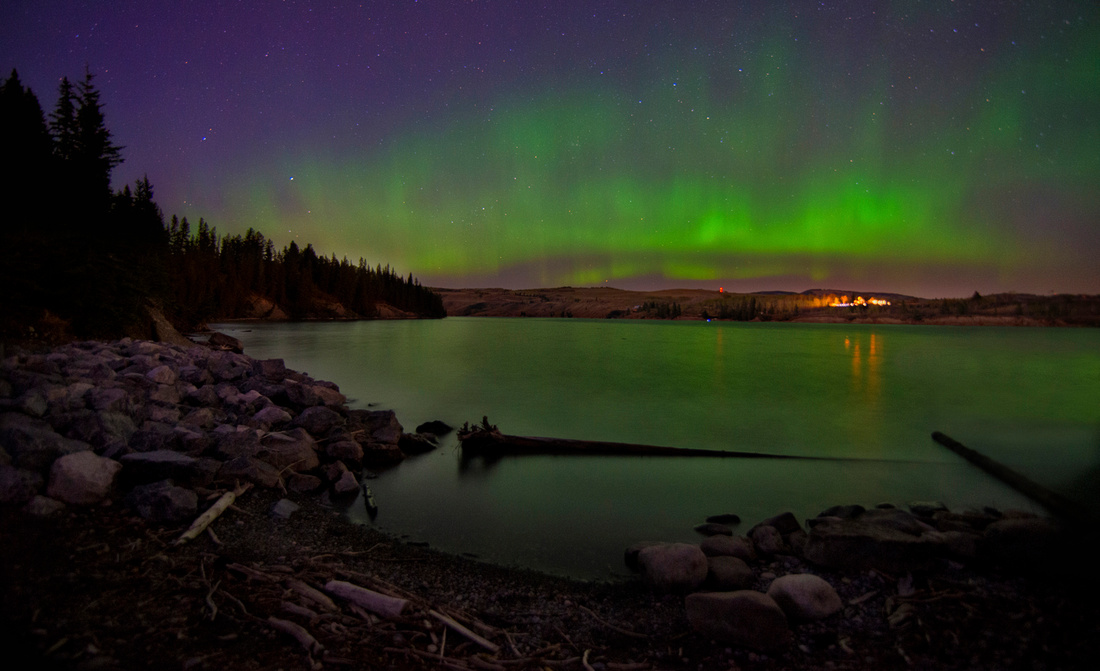 Generally, scientists and astronomers can predict when the Northern Lights are likely to occur.  They know when a mass of these electrically charged particles erupt from a sunspot on the surface of the Sun... this is called a Coronal Mass Ejection (CME) and it causes a Solar Wind.  For us to see the Northern Lights, the CME has to be directed towards earth.  It generally takes around 40 hours for the wind to travel the 150 million kilometers to Earth!   When the solar flare is very strong, we can often see the magically dancing curtains of light... when the flare is weaker we tend to only see bands of colour on the horizon.

A few days ago, the sun had a very large Coronal Mass Ejection (CME) that spewed these electrically charged particles towards earth.... scientists predicted that we would be able to see a very strong display of Northern Lights.... possibly as far south as the Oregon.  However, as with all weather... sometimes the predictions are wrong.  This time the magnetic field from the solar wind did not line up properly with the magnetic field of the Earth.

So that is a brief explanation of the Northern Lights.... now how do we photograph them and what equipment do we need?

​I usually set up the camera at home where its nice and warm and I can see what I'm doing without the use of a flashlight.  I'll even mount the camera on the tripod before I leave the house.  Make sure you remove all filters from the front of your lens.  You then need to do the following

Remember that the Northern Lights may be extremely faint to the naked eye, but they will look great in a photo.  The camera's sensor has a much higher dynamic range for colour at night than the human eye does.  So if you're not sure if those are Northern Lights or not... take a photo and look at your Screen.

Now sign up for those Aurora Alerts and get out there and have fun shooting the Northern Lights! 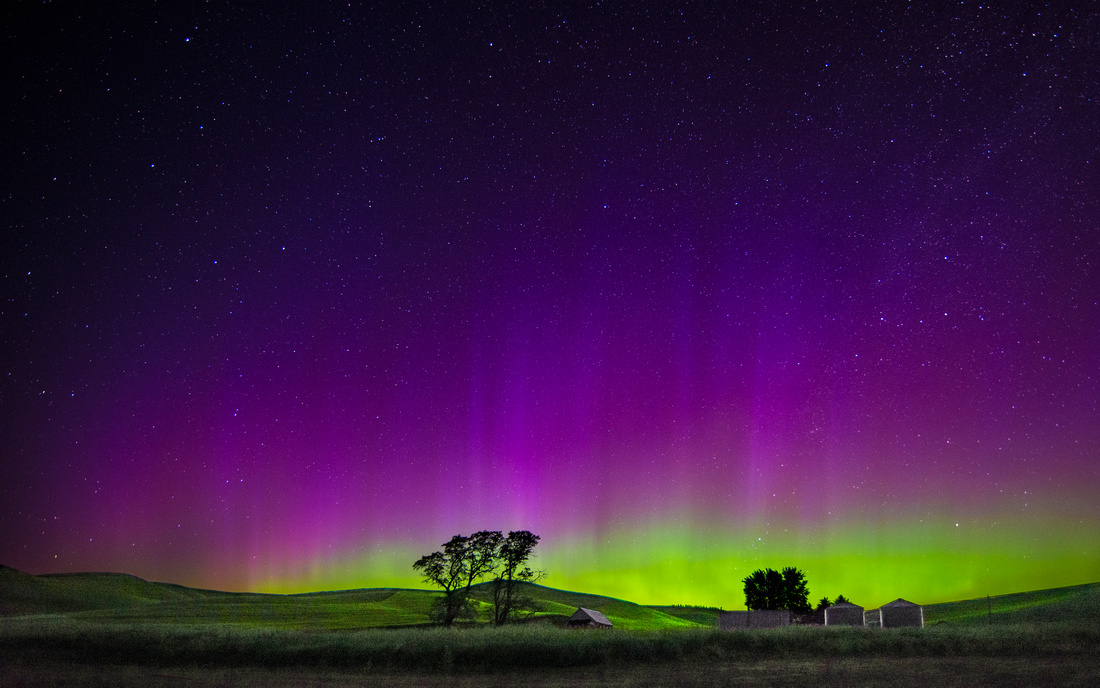 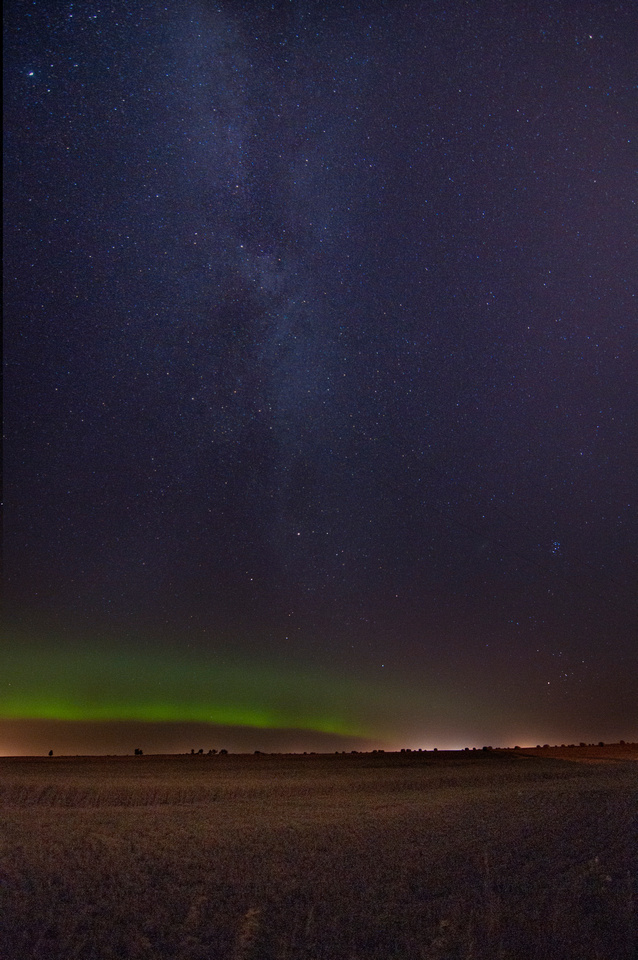 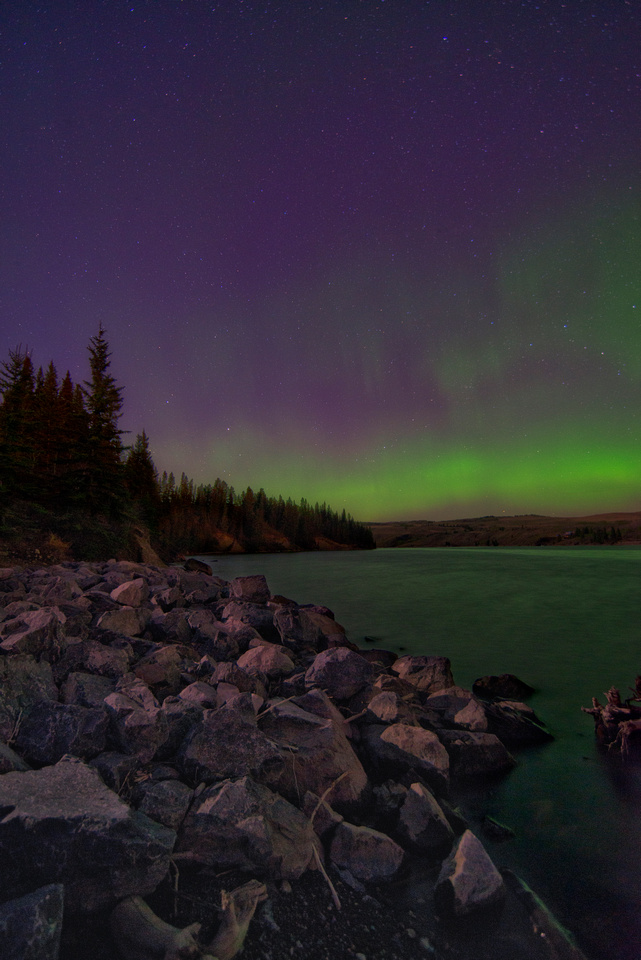 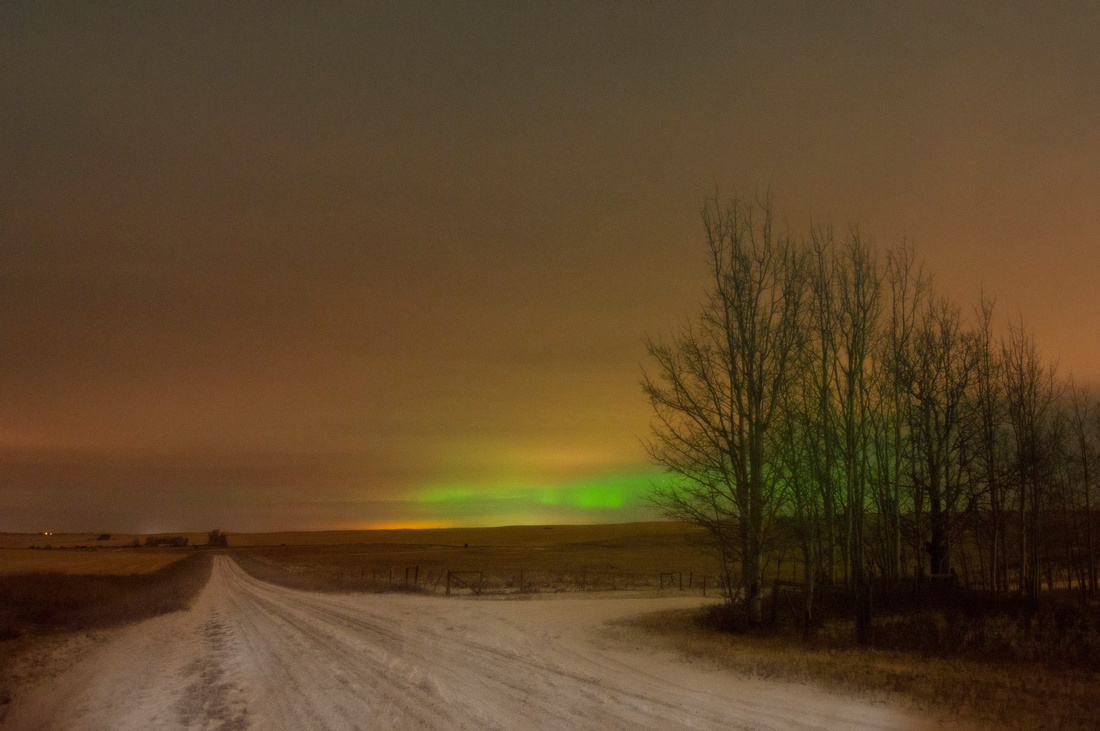 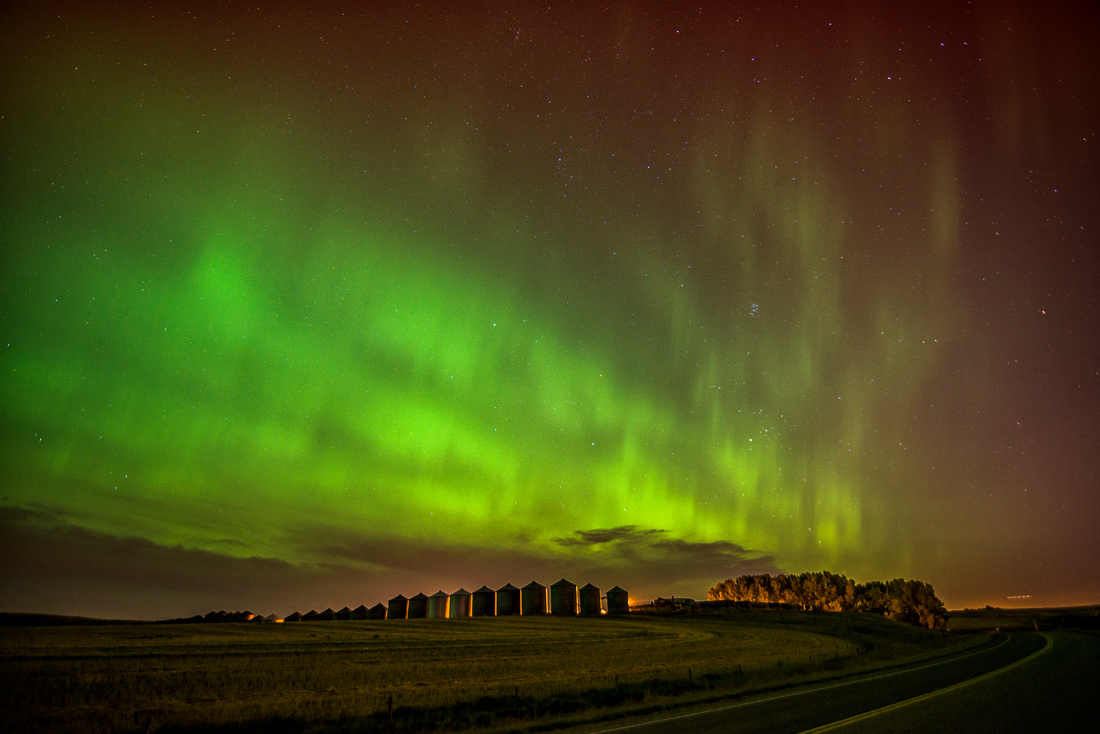 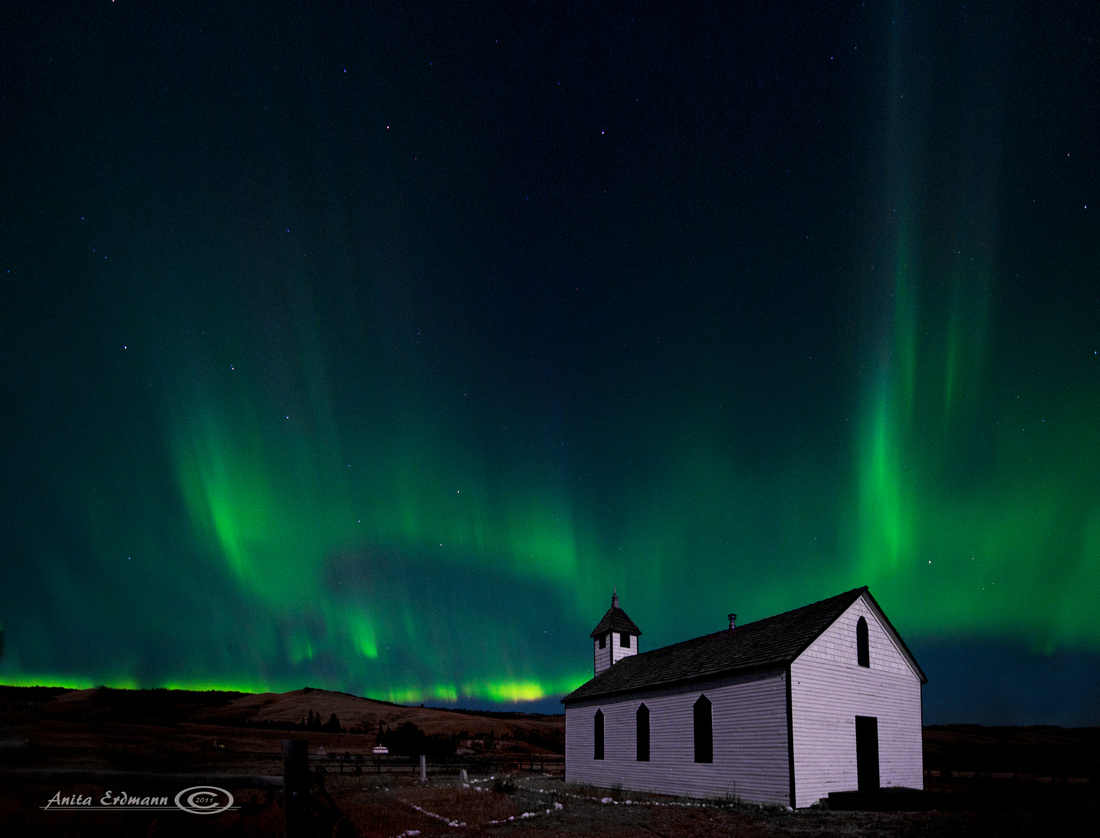 Kerri Martin(non-registered)
Great article Anita - I did not know about turning the Noise Reduction off for the lights - will try that next time :)
No comments posted.
Loading...
Subscribe
RSS
Recent Posts
How did the Fuji do? Switching to Fuji How to shoot the Milky Way Iceland is AWESOME! Iceland here we come! Looking back on 2014... Back from Botswana, Namibia and Zimbabwe..... Only 19 more days until I leave for Botswana Botswana - Take Two The Palouse at Night
Keywords
anita erdmann photography 2014 Botswana Night africa Kalahari Palouse safari farm
Archive
January February March April May June July August September October November December
© Anita Erdmann Photography
Powered by ZENFOLIO User Agreement
Cancel
Continue