High River was hosting the 2013 Hot Air Balloon Championships and on Friday evening they had planned to have a Night Glow event in a small field behind the Recreation Center, an area that was under water a few months ago due to the severe flooding in Southern Alberta.  They say that almost 1000 people came out to watch.. there was also a good contingent of photographers there, lining the fences getting ready to photograph the beautiful bright coloured balloons.  The competitors brought 12 balloons onto the field and slowly inflated them.  At one point it just looked like a huge jumble of balloons.  Once they were inflated, they took down the fence and let people wander around.

I posted these photos on Facebook and a wedding photographer friend of mine told me that he just saw some that an Associated Press photographer had taken that were on some of the online newspapers.  He inflated my ego by telling me that he thought mine were better and that I needed to start marketing myself.  On a whim, I sent four of my photos to Global News and surprisingly, got a response that they would like to use them on the evening news!!  The news anchor talked a little bit about the Balloon Races and the Night Glow while they showed my photos in the background!

I guess the words that Sean Phillips told us at the Calgary Camera Club meeting a  few nights earlier during his presentation were true...... “Just do it!!”

I also posted one of the photos on Flickr.... I was shocked when I looked at it roughly 30 hours later and it had over 30,000 views!  As of today almost 48,000 have viewed the photo.  I guess what they say is true.... people like bright shiny objects! 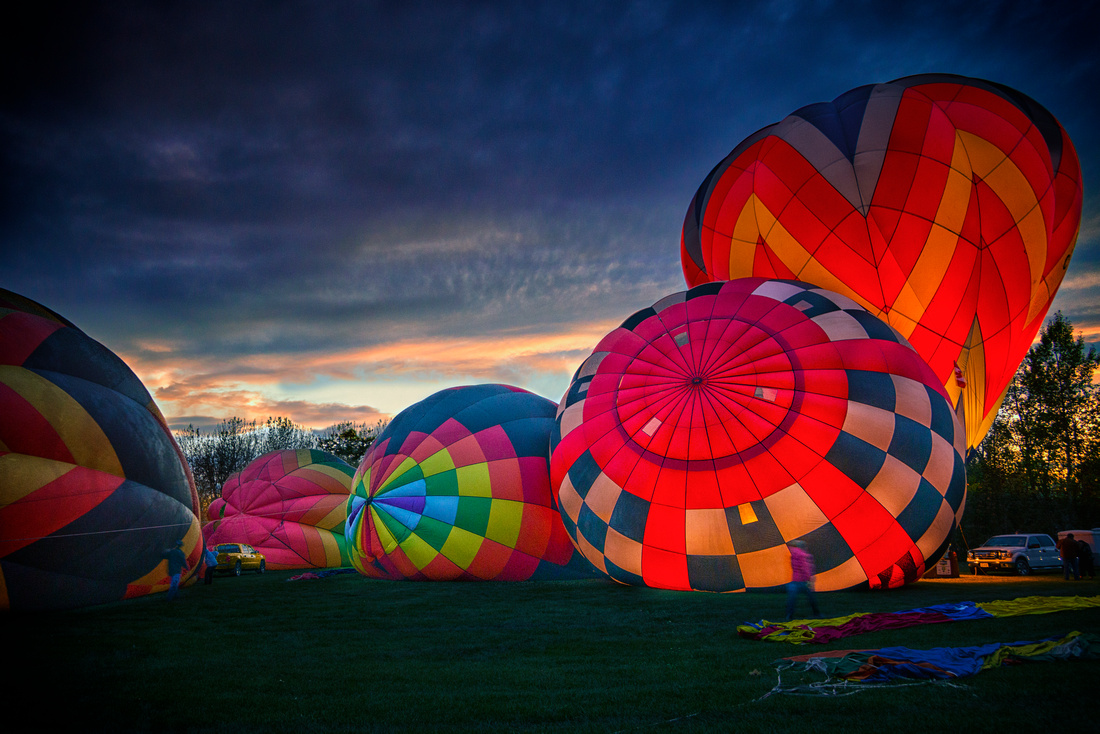 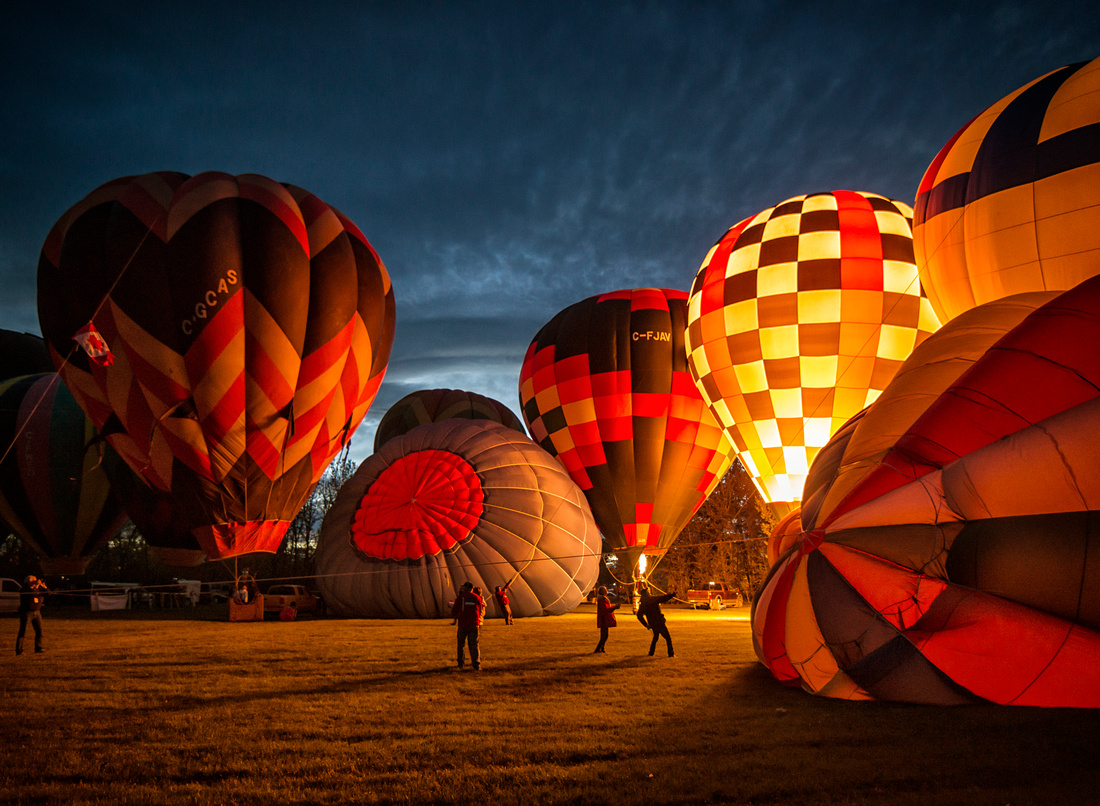 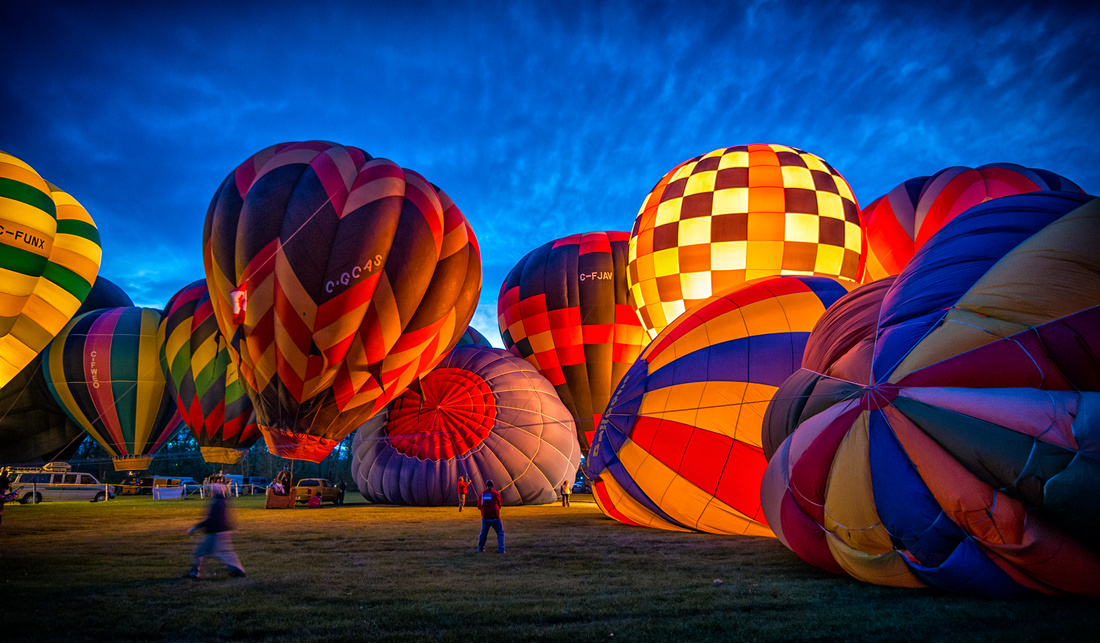 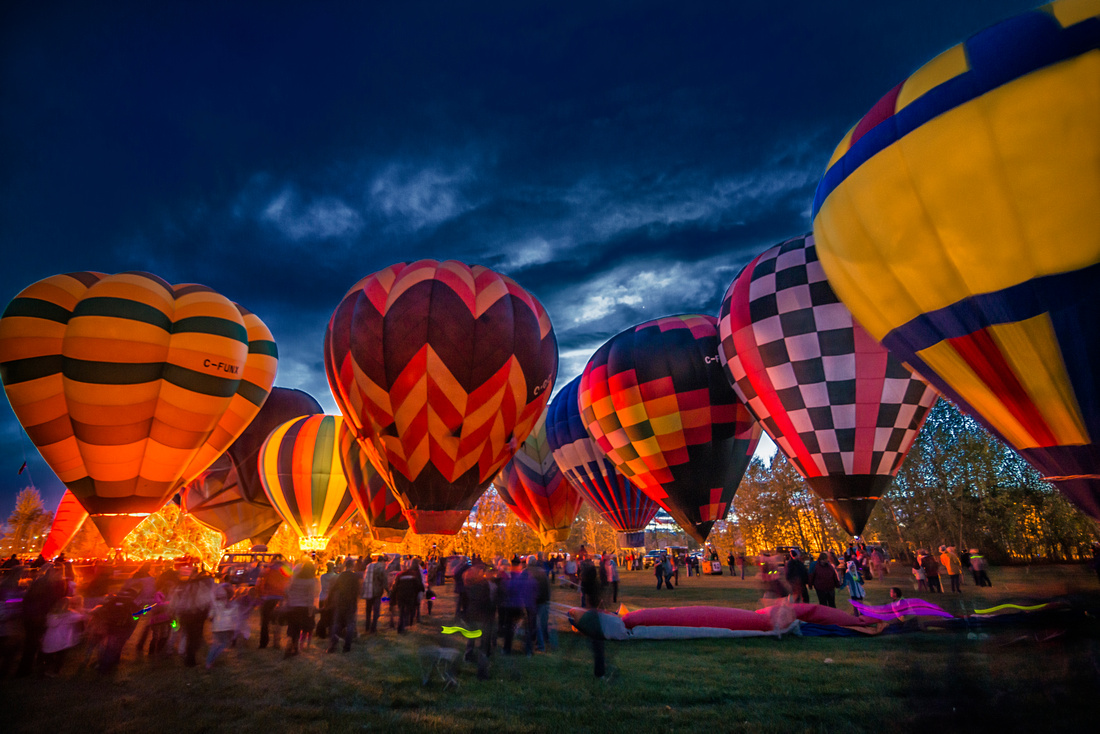 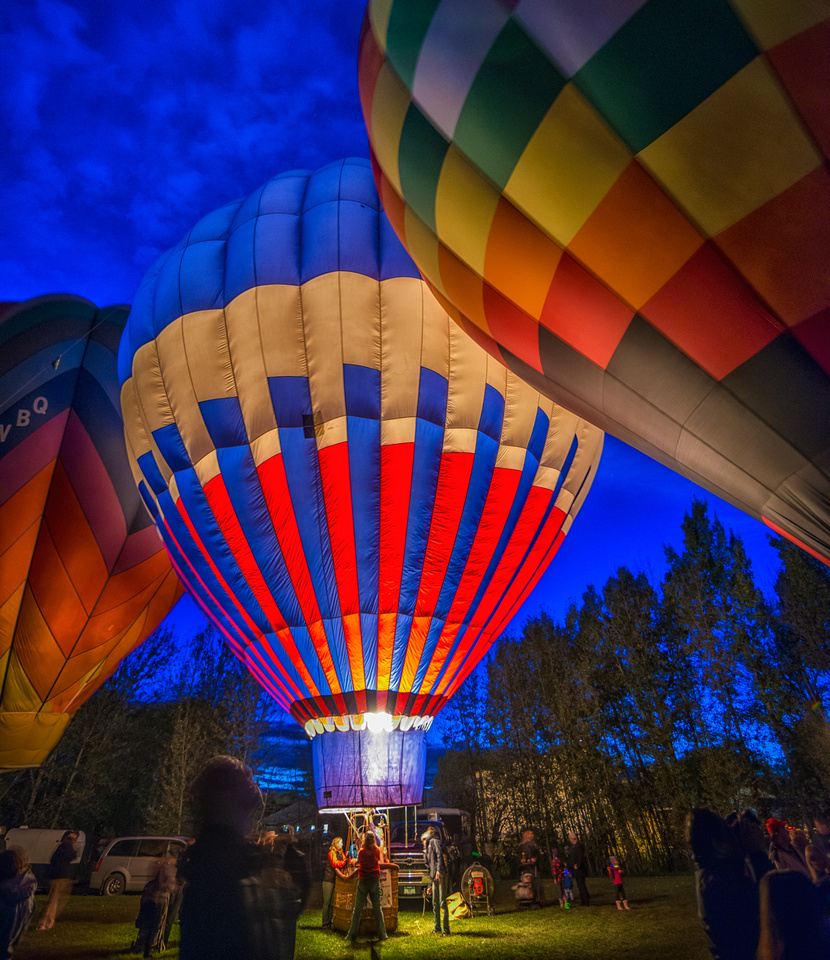